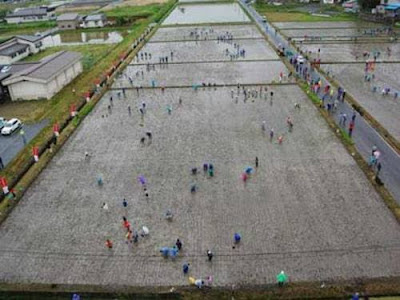 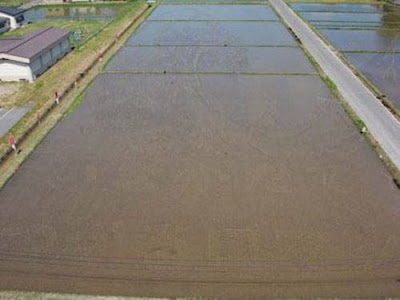 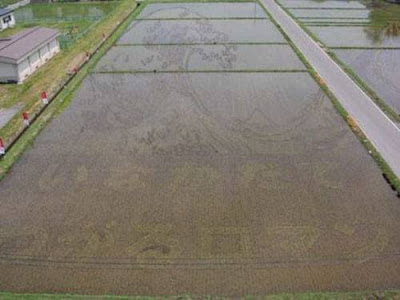 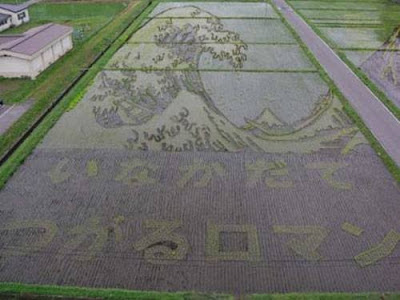 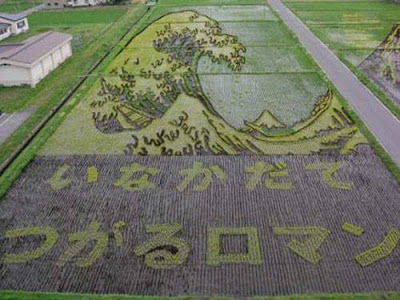 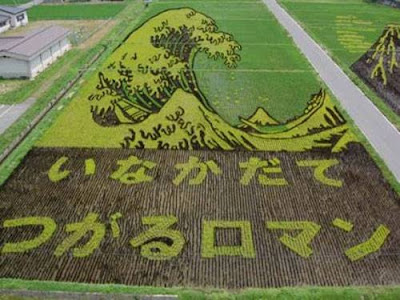 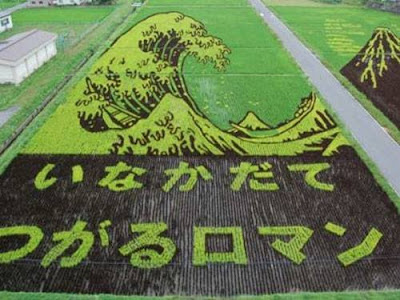 Stunning crop art has sprung up across rice fields in Japan , but this is no alien creation...
Farmers creating the huge displays use no ink or dye.
Instead, different colour rice plants have been precisely and strategically arranged and grown in the paddy fields. 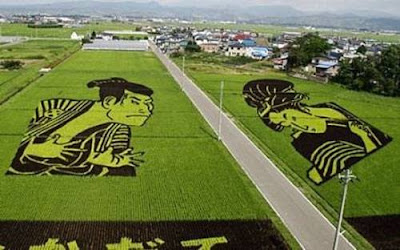 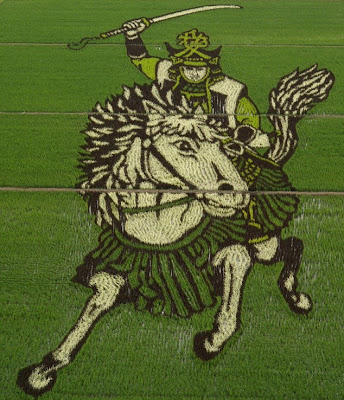 Sengoku warrior on horseback has been created from hundreds of thousands of rice plants in Inakadate , Japan. 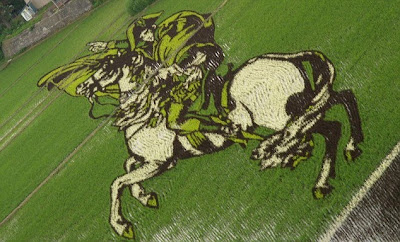 Napoleon on horseback can be seen from the skies. 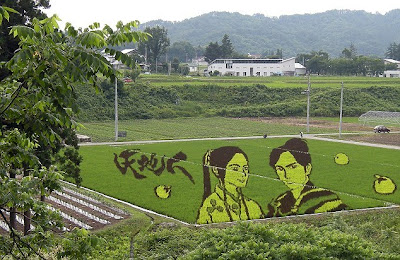 Fictional warrior Naoe Kanetsugu and his wife, Osen, whose lives are featured on the television series 'Tenchijin' appear in fields of Yonezawa in the Yamagata prefecture of Japan. 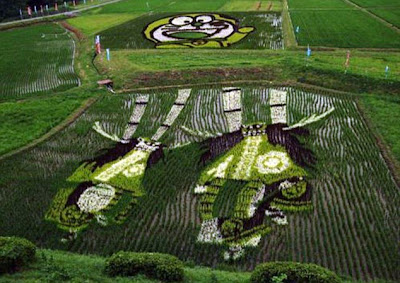 Smaller works of 'crop-art' can be seen in other rice-farming areas of Japan such as this image of Doraemon and deer dancers. 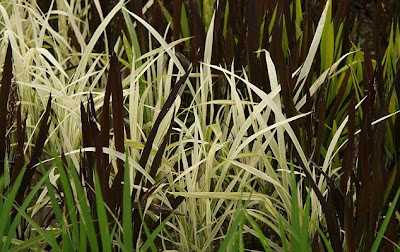 From ground level the designs are invisible. 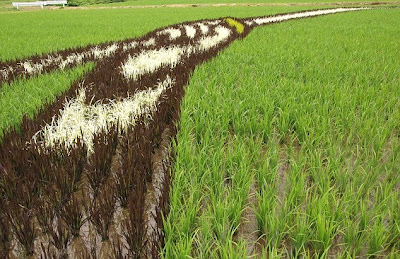 Closer to the image, the careful placement of the thousands of rice plants in the paddy fields can be seen. Rice-paddy art was started there in 1993 as a local revitalization project, an idea that grew from meetings of the village commitees.
---------------------------------
Forwarded by Chothia
Cool Pictures Japan Nature Photography Rice Worth Forwarding 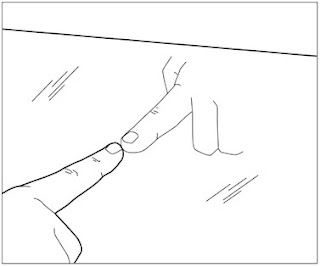 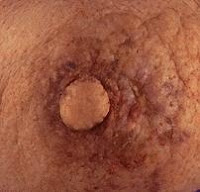 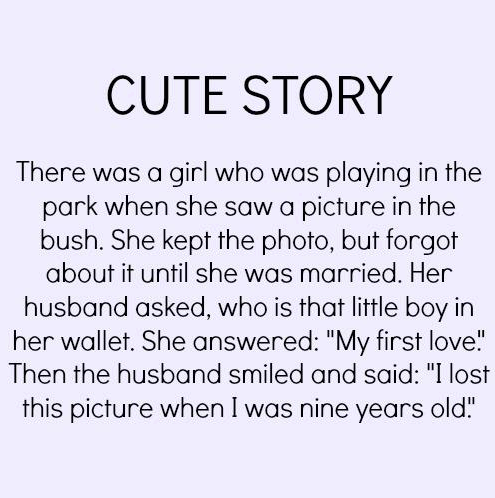